Remember Web 1.0? No? Oh, maybe you are too young. Or maybe it’s just because it didn’t happen.

What did we have back then, in Web 1.0? Well, the Flash Player. Oh yeah, that animation tool that became a RIA platform and than finally died even before Steve Jobs did. It was full of bugs which were always reported to Adobe. In specific cases over years because Adobe sometimes didn’t take any action to fix those bugs. Even if they were true security issues and could make your PC vulnerable. 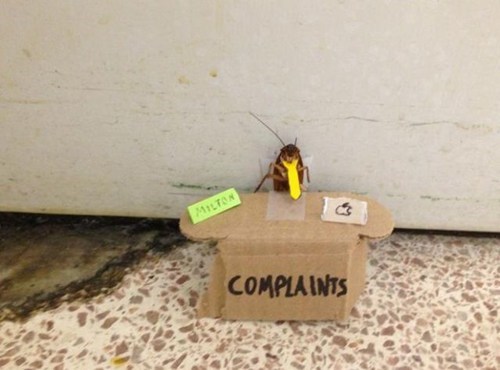 This must have been Adobe’s complaints department back then. And on casual Fridays, they didn’t even wear ties!

But there was one good thing about bugs in WWW 1.0. Back in the days there were certain rules: If you find a bug, you report it to the responsible company, institution or programmer. And then you wait. A certain amount of time that makes sense. E. g. three weeks or months until a bugfix is released or at least you receive an answer.

If this time goes by and nothing happens (except that the world turns further and you breathe on) you were „allowed“ to publish your own warning. Which may become negative publicity for the concerned product’s producer.

And what do we do today? If we find a „bug“ (or something that we think could be a mistake of someone else) we shout it out in our social media channels! Twitter and Facebook preferred. Let everyone know that you found a real scandal. YOU are a true investigative journalist and everybody has to hear you because YOU talk about the world’s REAL problems.

Do you? Or is the download of your newest program simply not working because your local hard disk is already full with lots of crap? Is the latest app some company offers your fo free not working because the Android version of your smartphone still is a 1.x or 2.x and thus deprecated and not supported anymore? Are you not able to do what you want to do with your computer or smartphone because you never read any dialog boxes that appear on the screen?

Did you check all that? Are you really able to say: „It is not my fault“? Then why don’t you send a private message to the responsive institutions, e.g. an e-mail or a private Facebook message to their social media team. Or use a contact form (my employer has got one on his web page). And if you don’t receive a proper response within a resonable time, then – and only then – go public. 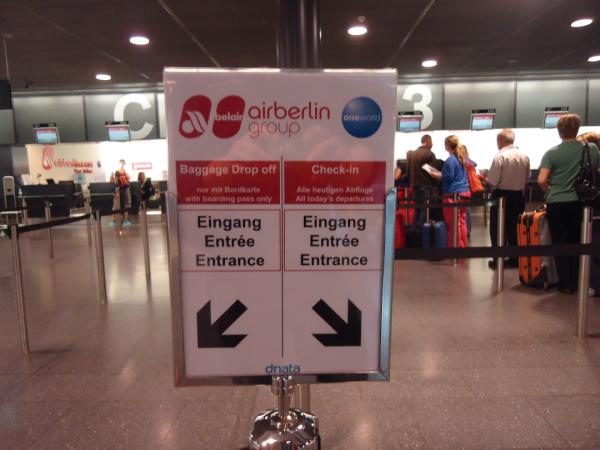 Okay, I have to admit: I did things like that, too. Tweeted complaints about an airline because they had weird signs in front of their check-in desks at Zurich airport with tiny, tiny little letters that tell you where to go – but only if you read them with a magnifier. And it makes sense: If you complain in public, the companies are a bit more forced to react in some way because they are under the public’s survey. (In my case, @airberlin sent me a 50 EUR voucher for one of my next flights. I haven’t used it till today and it’s still pinned to the board in my kitchen).

But I am willing to learn and these days, before complaining in public, I think about the importance of my problem for the whole (online) world. In most cases I have to realize: „Nah, not interesting.“

But if you ever find some problem that is really worth complaining about in public, please follow these three very easy rules:

The last point is the most important one. Because if you stay cool and friendly you will receive an answer or a solution pretty much faster than in case you behave uncomfortable. Sometimes, you may even get an answer by the CEO of a large company.

And if this happens then you know: they really understand Social Media!